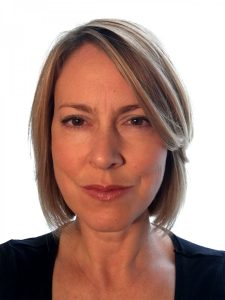 Emma Young is an award-winning science and health journalist and author. She has a degree in psychology from the University of Durham and 20 years’ experience working on titles including the Guardian, the Sydney Morning Herald and New Scientist, for which she worked as a senior online reporter in London and Australasian Editor in Sydney. Now employed by the British Psychological Society as a Staff Writer, she also freelances articles and writes books.

Sane is Emma’s second adult non-fiction book. The first, Why It’s Good For You, was a collection of columns written for the health section of the Sydney Morning Herald.

As E.L. Young in the UK (Emma Young in the US), Emma is also the author of a series of science-based thrillers for children. The first in the STORM series received a Kirkus starred review, and the first two have been translated into French. She has written two non-fiction books for children, The Astronaut’s Survival Guide and How to be a Super Spy, both published by Puffin.

A regular contributor to Mosaic and New Scientist, her work is carried widely by other media outlets, including BBC online and The Atlantic (her Atlantic bio and story list is here). Emma’s awards include Feature of the Year, awarded by UK Medical Journalist’s Association, 2017; Australian Health Journalist of the Year (2010), Writer of the Year at the Australian magazine industry Bell Awards and a European Online Journalism award for best news story.

Emma is represented by Toby Mundy at TMA for adult non-fiction.
(+44) 020 3713 0067
And by Julia Churchill at AM Heath for children’s fiction and non-fiction.